Let’s take a look at 10 of the most extreme sexual traditions from all over the world.

10 – No Kissing – In Mozambique, the Tonga tribe considers the act of kissing to be disgusting and unhygienic since it involves swapping saliva. But that kissing ban isn’t even an act of sexual repression. The Tonga have no qualms at all with public or ritualistic sex. That’s totally cool, but kissing is way over the line.  Turns out, that’s not entirely unique to them. About half of the world’s societies find kissing to be gross. How weird!

9 – No Sex in the Daytime – Polyamory isn’t especially rare in world culture, but one South African culture puts odd limits on it. Basically, the rule here is, you can have sex with whoever you want… as long as it’s at night. Apparently, having sex during the day makes you some kind of sub-human animal, whether you’re married or not. hmmm. There are some exceptions, of course. If there’s a thunderstorm, you’ve just had a bad dream, or if a man has just returned from slaying a crocodile, python, or hyena, all bets are off.  In that case, you can bone anytime.

8 – Temporary Marriages – In some Islamic sects, particularly in Iran, people pride themselves in finding loopholes in the rules of the religion. In Iran, unmarried couples who so much as hold hands in public can be arrested, fined, or flogged. That’s why they introduced the temporary marriage license. It’s like a marriage with a set expiration date, ranging from a few minutes to several years. Some couples use it as a “trial marriage” before committing fully, so they can do all the things married couples can do.  However, some just use it as a cover to basically legalize prostitution. Interesting, there is always a way to trick the system to get as much booty as you want 🙂

7 – One Time at Ghotul – The Muria people of India take sex education very seriously. In their culture, young people are given free reign at night to explore their sexuality, in a youth-run organization known as a “Ghotul.”  During the day, the Ghotul is like a school for social values, discipline, and responsibility. But at night, all the young people in the village get to go have sex with each other.  Now, it isn’t just a big orgy. There are rules. No person can ever be forced into sex if they don’t feel ready. Also, people must regularly rotate sexual partners. No two people can have sex more than two or three times in a row, and nobody can be left out. It’s meant to help people find marriage partners, but also to curb feelings of jealousy and possessiveness at a young age. No need for a dating app there I guess!

6 – Sex with Your Undies On – On the very isolated Irish island of Inis Baeg (better known as Inisheer), sex is basically considered evil and unhealthy. The sexual repression here was so extreme, that even bathing alone was considered sinful because it involves nudity. It was considered too sexual for parents to hug their children because it involved bodily contact. Married couples considered sexual intercourse a “necessary evil” that must be “endured” for procreation. But just to make sure nobody enjoyed it, couples had sex in the dark and almost fully clothed, just pulling the necessary pieces out of their underwear. Even dogs were whipped for licking themselves! But don’t worry, what they lacked in sex, they made up for in drinking, fights, and furious masturbation.

5 – Where Cheating is Totally Cool –  Indonesians have a festival called Pon, in which they climb up a sacred mountain to have extramarital sex, seven times a year. Naturally, the mountain is now generally known as Sex Mountain, which sounds like the greatest ride at Disneyland or something. This is accepted as completely normal and doesn’t even really count as cheating. Do you believe it? If someone makes the pilgrimage and has sex on the mountain all seven times, they’re said to be blessed with good luck. But only if they had sex with the same person every time – and it’s not their spouse. It’s beginning to sound complicated to me!

4 – Training for Orgasms –  At age 13, the boys of Mangaia island undergo a sort of circumcision ritual and are isolated from the rest of the village. (ouch!) For the next two weeks, they get nonstop sexual instruction from an older man, regarding positions, techniques, and restraint.  After that two-week period ends, they enter a relationship with an experienced woman, who continues his education from there. Young women are also taught about the best ways to enjoy sex and are encouraged to sleep with as many men as possible. They may have multiple boyfriends between the ages of 13 and 20. That way they can find someone most sexually compatible with them. Hell yeah! Orgasm for both parties is considered the goal of sex, and couples are expected to share 2-3 orgasms every night, each. If a man can’t bring his partner to climax, it’s considered a mark of village-wide shame. that’s right guys, pay attention to your female sex partner!

3 – Tripping Your Partner – The Guajiro people of Columbia have a ritual fertility dance in which a man and women dance around each other. The man dances while stepping backward, while the woman chases after him.  The woman’s goal is to trip the man by stepping on his feet. If she manages to trip him, the two of them must have sex that night. Um okay, why not. This weekend when I go to a club I am totally tripping the hottest dude there!

2 – Women Pick From a Lineup – The Wodaabe people of middle Africa have to put on one of the most intense beauty pageants in the world. Only in this ritual, it’s the women judging the men. Men spend all day getting their hair, makeup and dresses ready, and are judged by a panel of women.  Women who are watching the event can tap a man on the shoulder if she likes him. That means they’re married now – even if the man was already married to someone else. No worries though, women can have as many husbands as they want.

1 – Masturbating into the Nile River – The Ancient Egyptians believed that the Nile River was formed by the ejaculation of Atum, the God of Creation. The Pharaohs of Egypt were, themselves, considered to be godly. So, they devised a ritual, where the Pharaohs of Egypt would jerk off into the Nile River. The idea was that continuing to replenish the river’s divine supply of semen would ensure that the banks stay high. Or, put differently, it was to make sure the Nile stayed “fertile.” Okay, guys, which of these sexual practices would weird you out the most? Let us know what you think in the comments below, and we’ll pin our favorite to the top like we do.

Okay, guys, which of these sexual practices would weird you out the most? Which ones tape into your fantasies the most? I am guessing Number 4.

No Mail Outs to your home, and Private Discreet Billing!

You Must be 18 Years or Older to call!

US and Canadian Residents only!

You can create an account online, add funds to your account, and then go wild with your phone sex fantasy with any lady of your choosing. It's EASY! And there are cool features. You can send messages to every girl to ask her if she would enjoy your fantasy completely for free. You can save your "favorites" so you always have quick access to them! There is so much more! 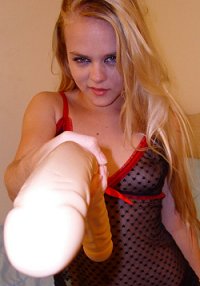